By Ryan JonesSeptember 21, 2022No Comments

This month marks the 22nd anniversary of the news that would forever change my family. Twenty-two years ago, we were told by a neurologist that my paternal grandfather, Pa, had Alzheimer’s Disease. His diagnosis did not lead me to therapy, but the personal experience has provided me with valuable insight and empathy toward residents with the same disease.

Backing up over the year prior to that September, I noticed very minor changes in him. My grandparents spent retirement traveling the country at their leisure, living in a camper, and going everywhere my grandmother desired. My grandfather navigated the country, recalling adventures, people, and was able to fix anything that was broken for anyone. With age, they slowed their travels, parked their camper, and remained stationary for a while. Then we noticed my grandmother had to fill in frequently during storytelling. Pa would not be able to recall names, towns, streets, and other things that would have been routine for him.

Looking back, I can appreciate my grandmother’s diligence for early intervention and diagnosis. My grandfather responded beautifully to medication, and his progression slowed. The last year was certainly the most difficult to watch. However, we are thankful he could live at home with my grandmother until the end. Occasionally, he did wander across the street to tell my aunt there was a “crazy woman bothering him in his house,” but 65 years of marriage could be to blame here. Ultimately, my Pa died after getting a UTI. He was admitted to the hospice wing of a hospital and died on July 2, 2010, only two months shy of his 10th anniversary of receiving an Alzheimer’s Disease diagnosis.

Do your best to avoid frustration for the patient.

I feel like any advice I could offer would be cliché. However, some things cannot be said too often. The first thing is to do your best to avoid frustration for the patient. Someone with Alzheimer’s Disease (AD) may be in a different time period or place in their mind. That is okay. Yes, we try to orient patients, but not to the point of causing frustration. I watched someone tell a patient who mentioned a late family member in passing that the person was in fact dead; this was followed by the patient mourning for two hours. Just go with the flow and make sure the patient feels safe and comfortable.

Do not try to negotiate with your AD patient.

Do not try to negotiate with your AD patient, as you will likely not win. For example, during the last 3-4 months, my grandfather was no longer a fan of showers. Nothing my grandmother tried would get him in the shower. However, my daughter was a few months old at the time, and he loved babies. So, he would shower so he could hold my daughter. Be creative with positive reinforcement.

You cannot see things the way an AD patient does, so do not try; you must trust their judgment. They may not want to walk through the hallway because the pattern of tiles may look like holes in the floor to them or even as if something is protruding toward them. However, if they are struggling with expressive communication, you may only see behaviors to resist your attempts. There is also a chance that your AD patient has vision issues (i.e., cataracts, missing glasses) and they don’t trust you will lead them safely to their destination. While there are always exceptions, malicious behaviors are not a symptom of AD. Their behaviors are their way of communicating in a strange world with unknown people, so keep an open mind to what they are trying to tell you.

Go with the flow.

I think my last piece of advice is the most obvious but should be said: Go with the flow. I can remember my grandmother being so patient with my grandfather and never getting upset with him. She would fill in his blanks and not say things such as, “Don’t you remember?” We followed her example. There are many examples I could give here, including the night of my rehearsal dinner when my oldest brother got lost driving my grandparents to the hotel. Staying calm and going with the flow kept my grandfather as calm as he could be (especially since my brother was also pulled over for speeding).

Watching my grandfather progress from the beginning to the end of AD was not easy. However, I do believe God can bring good from anything. I pray that my perspective of AD patients and their families will forever be positively impacted because of my personal experience. 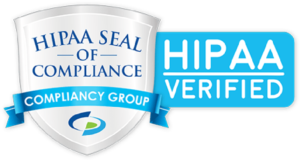